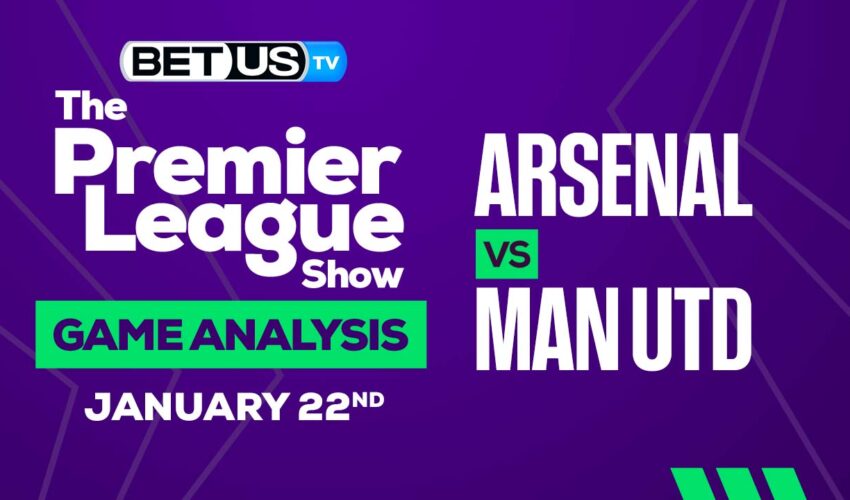 We have high hopes for Sunday’s Premier League match between Arsenal and Manchester United since both teams are in excellent form and want to be competing for the championship at the end of the season.

On Wednesday night, Manchester United’s nine-game winning streak in all competitions came to an end as Michael Olise’s incredible free kick just before the end of regulation time allowed Crystal Palace to salvage a 1-1 draw.

Despite this, Erik ten Hag’s team will still have a lot of confidence going into this game. The fact remains that United has won 16 of their previous 20 games overall (W16 D3 L1), and their statement win over Manchester City last weekend felt like a real change in momentum.

Things are going well for Arsenal right now. They moved eight points clear of the pack at the top after a victory in the north London derby that might define the season. It was a really important win since Arsenal is now, for the first time this year, the favorite to win the Premier League championship.

The Gunners have won the most points at this point of a season in their league history with 47 points from 18 Premier League games this season. Only four times in the history of the Premier League have teams started a season with more points in their first 18 league games.

Both teams have performed admirably against their other “big six” rivals (as well as Newcastle, who right now could have a stronger claim to the “big six” name than Chelsea, Spurs, and Liverpool). Arsenal has 13 points from six games versus these teams, while Manchester United has 14 points from seven. Those easily rank among the top records in this minor league.

The implied probability for these two teams attached to the betting lines has Arsenal at a 54.55% chance of winning the game, meanwhile Manchester United has 24.69% probability of finishing the game with the W.