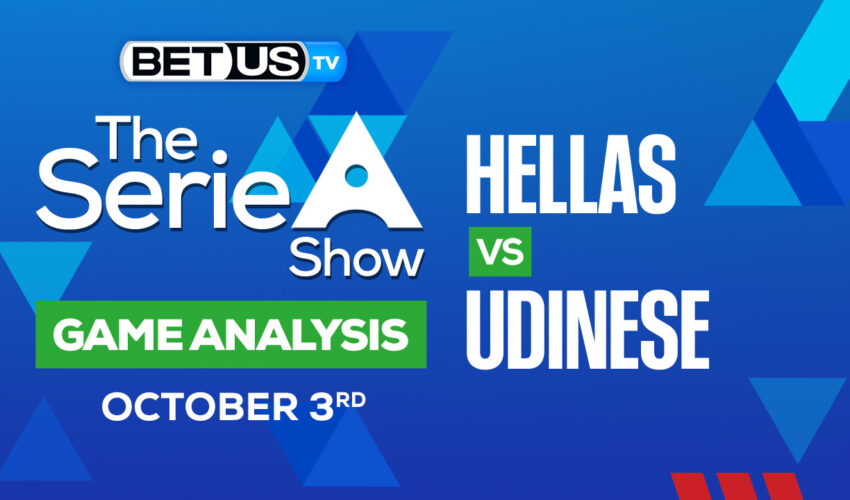 World Cup stadium, Marc Antonio Bentegodi will be the witness of next Monday’s match between home side Hellas Verona and Udinese. With very opposite starts in the league, the team from Udine visits Verona with the firm intent of maintaining their amazing league run, where they’re currently in the third position, only behind Atalanta and leader, Napoli.

Hellas Verona are in seventeenth place in the Serie A, they’ve only been able to win one game and draw two, losing on 4 occasions, for a poor 5 points in 7 league games. Hellas didn’t do so badly last season, grabbing a ninth position in the league, only 9 points from making it into the UEFA Conference League. Even after that, the team decided to sack coach Igor Tudor after only 256 days in charge of the team and appointed Gabriele Cioffi, ex-Udinese manager.

After a bad 21/22 season, Udinese have gotten off to a great start, with 5 wins, 1 draw and 1 loss in 7 league matches, for a total of 16 points, only one behind league leader Napoli. They have a very strong team, with defender Nehuen Perez, who recently came in from Atletico de Madrid; midfielder Roberto Pereyra, who was been with the team since 2020 and their number 10, the Spaniard Gerard Deulofeu, going through a great time in his career after leaving English side, Watford.

When looking at the Hellas squad, there are few players that truly stand out. To win on Monday and start playing better football, more should be expected from Serbian midfielders Ivan Ilic and Darko Lazovic, who are in desperate need of playmaking in midfield.

This is a match that hasn’t been played on many occasions. Only 18 games between these two clubs have been registered at Verona’s stadium, resulting in 9 wins for Hellas, 7 draws and only 2 wins for Udinese. It’s to be seen if Udinese continue their winning streak or if Hellas can beat them and start a good winning run.

Let’s check the latest Serie A picks, news, stats and Serie A expert picks for Hellas Verona vs Udinese. We’ve plenty of Serie A predictions for you to consider.

The implied probability for these two teams attached to the betting lines has Hellas Verona at a 32.79% chance of winning the game, meanwhile Udinese has 43.48% probability of finishing the game with the W.