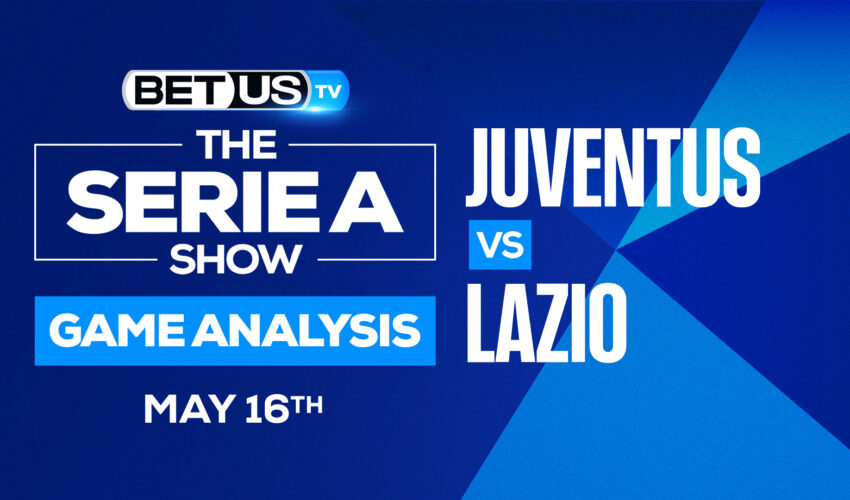 Juventus already secured a spot for the next Champions League season, and while they can still take over Napoli in the standings, there isn’t much else they can do. On the other hand, Lazio is only 3 points away from falling out of the top 7 in the standings.

Roma, Fiorentina, and Atalanta are all in a very close race for a top-7 finish, and if the results don’t go well for Sarrio’s men, they might end up falling behind those teams.

On May 16, Lazio will try to avoid that from happening as they’ll head to the Allianz Stadium to try and take down Juventus, one of the best teams in Serie A. But unluckily for Lazio, nothing indicates that Juventus will give them an easy time. They recently took a loss against one of the teams currently facing relegation, and that doesn’t put them in a good light.

Sure, Juventus already secured a spot in the Champions League, but they should try to finish the season in a good form, considering they still have 2 matches left against top teams in the league.

Their last defeat against Genoa was a very frustrating one where they secured a solid lead by the 55-minute mark, but Genoa pulled off a miracle and scored 2 goals in the very last few minutes of the match.

If Lazio looks at the last game of Juventus, they might get a little too hopeful. While they still have a good chance at taking them down, Lazio had a very hard time against Juventus the last time they met as Sarri’s men weren’t able to score a single goal against Allegri’s side.

After all, if Lazio drops this game, it’s not the end of the world for them. If they lose against Juventus, it still depends on the rest of the teams behind them Lazio in the standings to take over them.

There is one more important thing to consider, Lazio’s last match of the season is against Verona, and the last time they faced each other, Verona dominated Lazio with ease, which might be worrying for Maurizio Sarri if the results don’t go his way.

The implied probability for these two teams attached to the betting lines have Juventus at a 44.44% chance of winning the game, meanwhile Lazio have 32.26% probability of finishing the game with the W.

Take a Look at Other 2 Analysis, Picks & Predictions For This Week’s Serie A Games