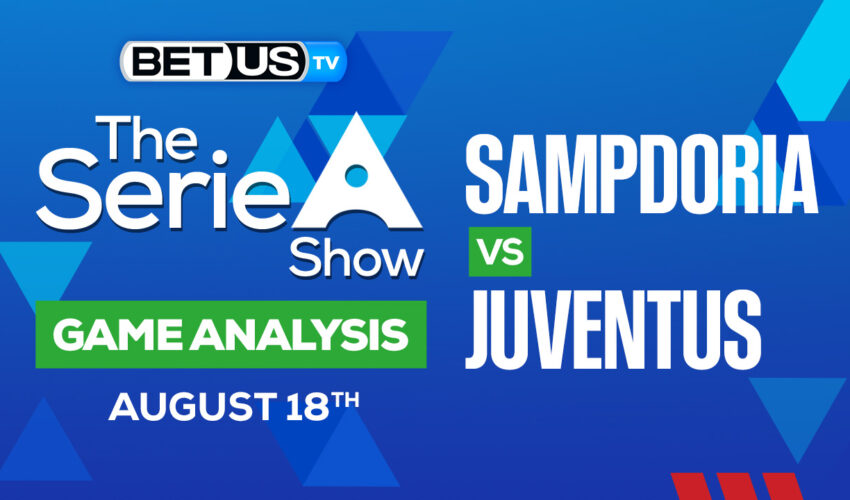 Monday’s game at Stadio Luigi Ferraris throws in together Sampdoria and Juventus, the two teams with entirely different ambitions in the 2022/2023 Serie A campaign. Sampdoria failed to impress in a 2-0 loss to Atalanta, and it is no surprise the bookies see them as underdogs in the clash with Juve. One of the men to watch in the home team will be summer signing Filip Djuricic, who is eager to impress on his debut at Stadio Luigi Ferraris.

Sampdoria barely missed relegation last season and finished 15th after picking up seven points in their last five fixtures. The Blucerchiati’s start wasn’t a successful one in the new campaign having lost their opening game at home to Atalanta. Obviously, it is a tough draw to play Atalanta and Juventus back to back at home and lose them both. Surely, coach Marco Giampaolo has to strengthen his defense if he wants to pick at least a point here.

The Bianconeri, on the other hand, aim to build on a splendid 3-0 win over Sassuolo, and even though their injury list is pretty full, we are tempted to put our money on the title-chasing side. La Samp defenders should have Serbia attacker Dusan Vlahovic at bay as he scored a brace in the season opener. Juventus have won their last three home games against Sampdoria in Serie A. The last time the Bianconeri recorded a longer series of home wins against the Blucerchiati was in 1968.

Let’s check the latest Serie A picks, news, stats and Serie A expert picks for Sampdoria vs Juventus. We’ve plenty of Serie A predictions for you to consider.

The implied probability for these two teams attached to the betting lines have Sampdoria at a 16.67% chance of winning the game, meanwhile, Juventus have 62.96% probability of finishing the game with the W.