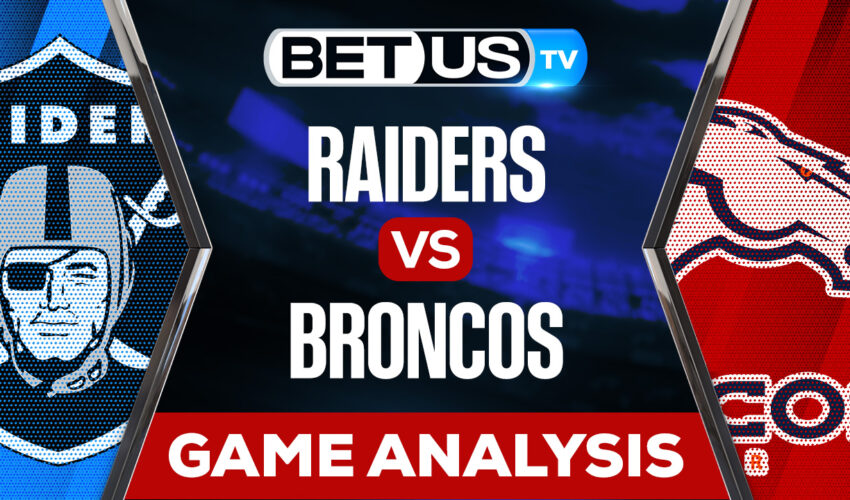 A game between two of the weakest teams this season. This week 11 of the NFL brings us the game between Las Vegas Raiders against the Denver Broncos. Both teams have not had a good performance this season and are urgently needed to win.

The Denver team comes from a painful loss in its last game against the Tennessee Titans by a score of 17-10. The team led by Russell Wilson fails to find a way to win their games, where his defensive line has been one of the team’s highest points, averaging a total of 16.6. Undoubtedly players like Melvin Gordon III and Courtland Sutton have not contributed as expected. The team has a negative record of 3-6 which leaves them in third place in the West of the American conference, with a PCT of .333. Their home has not been a strength for the Denver team, since in 4 games playing at home they have a 50% performance.

But their rival, the Las Vegas Raiders team, are already listed as one of the disappointments of this season. They come from a string of 3 games without being able to win. The last victory of the Raiders was on October 23 when they beat the Houston Texans by a score of 38-20. One of its lowest points this season has been its defensive line, which averages a total of 25.1 points per game, which can be an important point to take into account for the final result. Las Vegas sits last in the American Conference West with a losing 2-7 record. Another point to take into account is that the team has not been able to win a single game when they play away. Despite these numbers, the favorite team to take the win with a 62.7% probability of winning the game, against only 36.9%.

Let’s check the latest NFL picks, news, stats and NFL expert picks for Raiders vs Broncos. We’ve plenty of NFL predictions for you to consider.

The implied probability for these two teams attached to the betting lines have Broncos at a 59.18% chance of winning the game, meanwhile Raiders have 44.44% probability of finishing the game with the W.