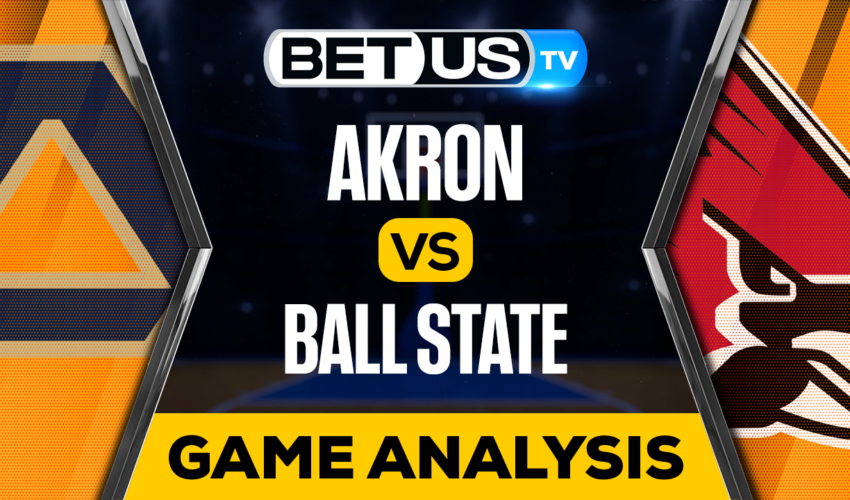 This Friday, January 6, we will have what is perhaps one of the best games of this day. We talk about the game between the Akron Zips and the Ball State Cardinals. Game corresponding to the Mid-American Conference.

The Akron Zips have been doing things in a great way. They are on a streak of 3 consecutive games without losing. His last loss was against the Bradley Braves by a score of 75-55. In their last 5 games they have had an excellent performance, since they have only lost 1 game for a performance of 80%. With players like Xavier Castaneda and Enrique Freeman, the Akron Zips have averaged a total of 69.9 points per game, while they have received a total of 61.8 points per game. They currently sit in third place in the Mid-American Conference with a positive 9-5 1-0 record in their conference.

The Ball State Cardinals team has established itself as one of the favorite teams to win their conference. They are on a winning streak of 6 consecutive games. Their last loss was against the Duquesne Dukes by a score of 78-77 on December 3. His scoring average is one of the highest of the season, averaging a total of 77.4 points per game. This is largely due to the great performance of players like Jaylin Sellers, Payton Sparks and Jarron Coleman, who have been the most important figures on the team so far this season. The Cardinals sit in second place in the Mid-American Conference with a 1-0 conference record and a 10-4 overall record.

According to the data provided by ESPN Analytics, the Ball State Cardinals team is the one who arrives with the best chance of winning the game, with a 64.5% chance. For their part, the Akron Zips have 35.5%.

The implied probability for these two teams attached to the betting lines has Ball State at a 58.33% chance of winning the game, meanwhile Akron has 45.45% probability of finishing the game with the W.