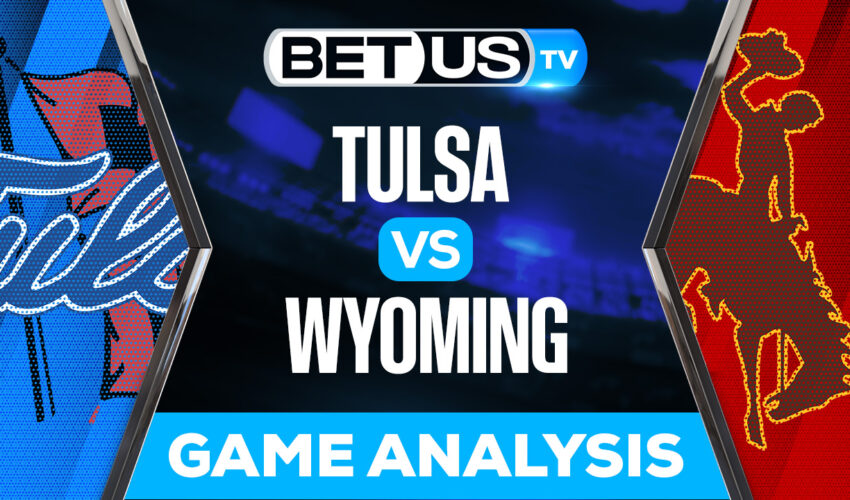 Tulsa Golden Hurricane and the Wyoming Cowboys meet Saturday in NCAAF action from War Memorial Stadium. The Hurricane are coming off a 7-6 overall campaign last year, going 5-3 in the AAC. As for Wyoming, they’ve played one game already and it resulted in a blowout loss to Illinois, which makes it very exciting to see if they are able to bounce back early on in the season or if Tulsa manages to start their season in the best form possible.

Tulsa managed a fifth-place finish in the American Athletic Conference standings last year with their 5-3 record and 7-6 overall mark. The Golden Hurricane had the same conference record as UCF and East Carolina, but were far behind Cincinnati and Houston at 8-0. Tulsa started off the year with some rough matchups, going just 1-4 in their first quintet of outings. The Hurricane would finish off the season on a 6-2 clip however, culminating in a 30-17 victory over Old Dominion in the Myrtle Beach Bowl.

Over on the Wyoming side, they went 7-6 overall in 2021 but had a rough 2-6 record in the Mountain West games. That mark left the Cowboys in fourth place in the Mountain Division, behind Utah State, Air Force and Boise State. Wyoming took on Illinois in their first game of the year, and it didn’t go well. The Cowboys gave up points in every quarter during a 38-6 blowout loss. Andrew Peasley was just 5-of-20 passing for 30 yards and a pick, and Titus Swen rushed for 98 yards on 17 carries.

Both these teams seem like they’ll be in the range of six or seven wins and a bowl game if all goes well, so this will be a solid early barometer on where they’re at. Tulsa in particular lost a ton of players and only returns one starter to the offensive line. RB Shamari Brooks is gone, but Anthony Watkins and Demeric Prince should be able to step in and fill some of the void. It’s basically same for Wyoming as they lost a ton of guys from last season as well and it’ll take some time to figure out where the key contributors are.

The implied probability for these two teams attached to the betting lines has Wyoming at a 32.26% chance of winning the game, meanwhile, Tulsa has 71.43% probability of finishing the game with the W.