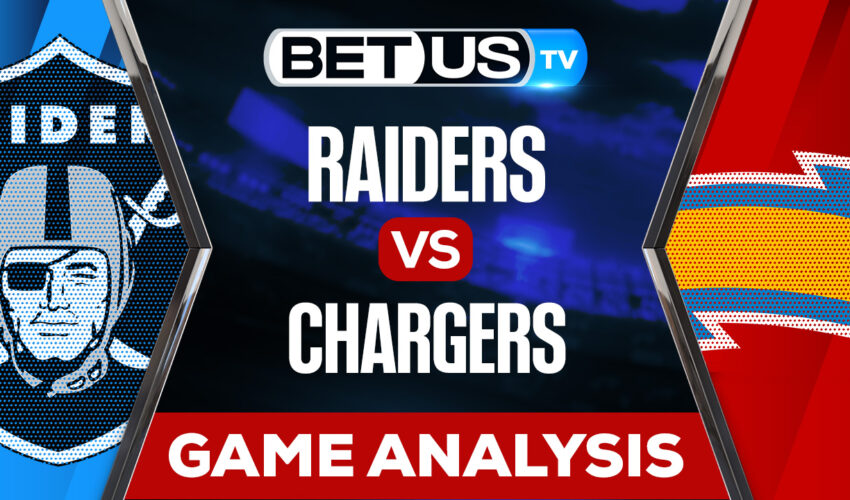 The Las Vegas Raiders and the Los Angeles Chargers will rekindle their AFC West rivalry when they kick off their 2022 NFL regular seasons on Sunday at SoFi Stadium. The last time these two teams played each other, the Raiders defeated the Chargers 35-32 in overtime in last season’s finale. With the win, the Raiders moved onto the NFL playoffs while the Chargers sat at home, but heading into Week 1, both teams have their eyes on the postseason.

The Raiders hope to start the regular season with a win under new head coach Josh McDaniels. This will be McDaniels’ second head coaching stint after spending the past 10 seasons with the Patriots as their offensive coordinator. In addition to McDaniels, Las Vegas also upgraded their offense with the acquisition of superstar wide receiver Davante Adams. Adams reunites with his former college quarterback Derek Carr, and joins a talented offense that has Darren Waller, Hunter Renfrow, and a loaded backfield.

The Chargers are looking to enact some revenge on the Raiders for ruining their playoff dreams last season. Los Angeles made a couple of big moves in the offseason on the defensive end, signing Pro Bowl cornerback J.C. Jackson and acquiring three-time All-Pro linebacker Khalil Mack from the Bears. However, Los Angeles will not have Jackson on Sunday due to an ankle injury. One of the keys to a successful season for the Chargers will be their ability to stop the run. Last season, Los Angeles struggled in that department.

The Raiders currently lead the all-time series over the Chargers with a record of 67-56-2. Las Vegas has won three of the past five meetings, which includes last season’s finale at Allegiant Stadium. The Chargers will try to sweep the Raiders for the first time since the 2018 season. Nevertheless, whoever wins on Sunday, that team will have a leg up on the competition in a tough AFC West division.

Let’s check the latest NFL picks, news, stats and NFL expert picks for Raiders vs Chargers. We’ve plenty of NFL predictions for you to consider.

The implied probability for these two teams attached to the betting lines have Chargers at a 64.29% chance of winning the game, meanwhile, Raiders have 38.46% probability of finishing the game with the W.