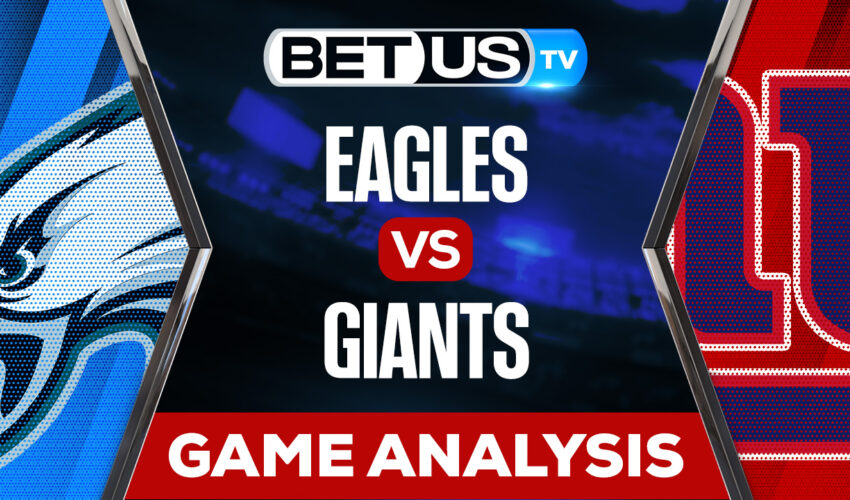 Jalen Hurts and the Eagles are taking their three-game winning streak on a trip Sunday when they face off against Saquon Barkley and the Giants at the MetLife Stadium. The Eagles have been perfect while playing away from home this season and could punch their playoffs ticket with a victory or tie on Sunday.

Meanwhile, Philadelphia can also grab a playoff berth with defeats by San Francisco and Seattle. On the other hand, the Giants are holding onto the sixth place in the NFC standings after scoring a tie against the Washington Commanders last week.

The Eagles are heading into this one after an amazing 35-10 win at home last week against the Tennessee Titans. After taking down the Packers with their running game the week prior, Philadelphia ruled the Titans through the air, as Hurts threw for 380 yards and scored 3 TD passes. Two out of his three TD passes went to star wide receiver A.J. Brown.

Now looking at the other side of the ball, the Eagles’ defensive line made superstar running back Derrick Henry a non-existent factor on the ground, holding him to just 30 yards on 11 carries. The Eagles will try to duplicate their recent performance against Barkley on Sunday.

The Giants had an opportunity to come out on top during their last week’s encounter against the Commanders in OT, but Graham Gano missed a 58-yard field goal right at the buzzer. The last time the Giants picked up a win was in Week 10 against the Texans, so they’re craving for a victory.

When it comes to the all-time series, the Eagles have the lead over the Giants with a record of 90-88-2. These two teams split their regular season series last season, with each team picking up a game at their home stadium. The last time the Eagles managed to sweep the Giants was back in 2019, while the Giants swept the Eagles in 2007.

Let’s check the latest NFL picks, news, stats and NFL expert picks for Eagles vs Giants. We’ve plenty of NFL predictions for you to consider.

The implied probability for these two teams attached to the betting lines have Eagles at a 75.00% chance of winning the game, meanwhile Giants have 28.57% probability of finishing the game with the W.