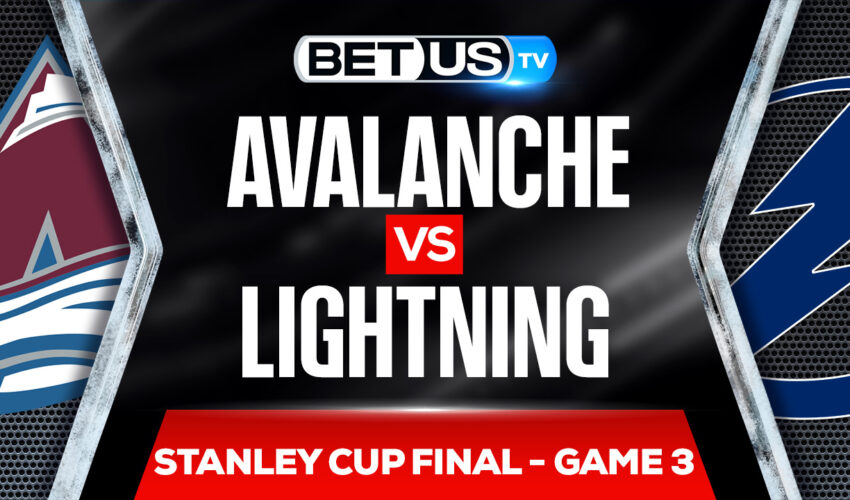 Hope. That now has become the main driving force behind the two-time, reigning and defending Stanley Cup Champions Tampa Bay Lightning as the Stanley Cup series heads down to Florida for the following stretch of the competition against the demolishing Colorado Avalanche. After going down in the series by 2-0 and especially after the humbling and harrowing 7-0 loss in game 2 of the series, which just happens to be one of the biggest and most scandalous shutouts in Stanley Cup history, there has never been a better time to turn everything around for Tampa Bay than right now, because from the looks of it, for the Lightning it’s all about winning game 3 or starting to kiss their idea of a cup title three-peat goodbye.

It must feel very good to be a Colorado Avalanche fan right about now. While after taking game one of the series in a hard fought battle gave hockey fans a glimpse of the kind of fight that Colorado was bringing to the ice, game two took that glimpse, threw it out and instead put everybody on notice about how dominant this team can be, especially when it comes to scoring goals. After scoring seven unanswered goals against one of the best goalkeepers in the world and arguably one of the most talented teams in all of Hockey, the question now stands is, are the Avalanche ready to bring it once again?

With the Lightning, we’ve seen this scenario before. It happened against the Rangers in the exact same way. They lost the first two games of the series, including one where they got a bucketload of goals handed to them and afterwards, when the series got to Tampa Bay, it was lights on for the champions and lights out for New York. That is why, it will be pivotal for Colorado to not allow any kind of miraculous awakening from Tampa in game 3 if they want to be able to fully control the series. Colorado will not only need their already firing offense to keep up with their demolishing pace, but for their defense to buckle up and play some of the strongest hockey ever. Only that way will they manage to not let the sleeping monster that is the Lightning come alive and begin to show why they are one of the best teams to ever do it in a postseason series.

The implied probability for these two teams attached to the betting lines have Lightning at a 53.49% chance of winning the game, meanwhile Avalanche have 51.22% probability of finishing the game with the W.